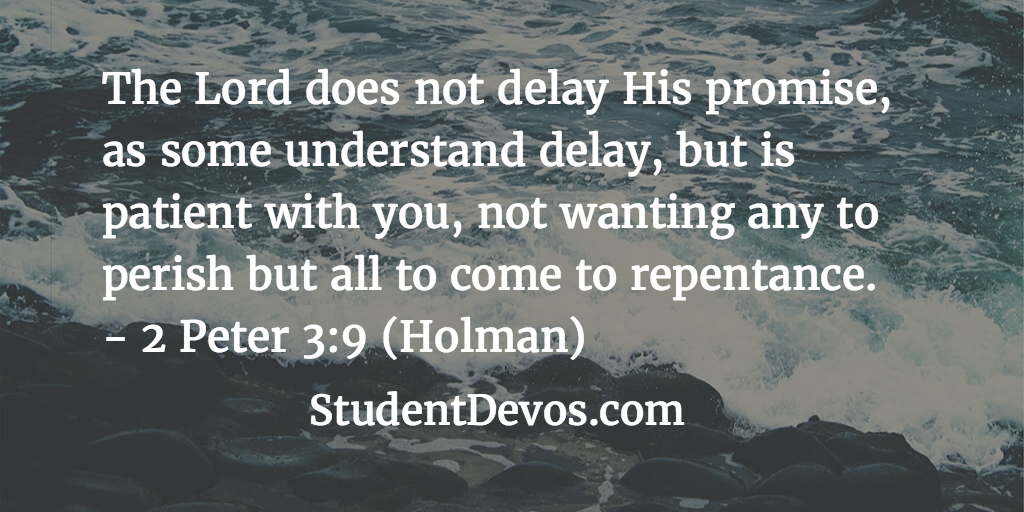 The Lord does not delay His promise, as some understand delay, but is patient with you, not wanting any to perish but all to come to repentance.
– 2 Peter 3:9 (Holman)

Jesus promised as He left the earth, He would also come again. Some people have mocked His promise of returning by saying, ” If He’s really coming back, why hasn’t He done it yet?” However, Jesus says here that it’s not that He’s delaying His promise just because He feels like it, but that He’s being patient for others to have a chance to be born again.

Jesus does not want anyone to perish. He cares so much about the human race, that He’s willing to delay His return until more get a chance to come to know Him as Savior. The question is not, “Why would God send anyone to hell if He’s a loving God?” The real question is, “Because of God’s great love and His willingness to be patient for others to come to know the truth, why would anyone choose not to give Him their heart?

We who already know Jesus as Savior play a major part in this desire of God. Just because God desires that no one perishes but that all men might be saved, doesn’t mean it automatically happens. In order for someone to decide to follow Jesus and become a Christian, they must first hear about what He’s done for them so they can have something to put their faith in. That’s where you and I come in. We are able to be used by God to share this, “Good News” to others who have not heard of it while there is still time.

Share this news to others even if they do not act like they want to hear it. God wants for all to be saved. Help bring others to Christ by sharing with them the difference Jesus has made in your life and how to be saved. 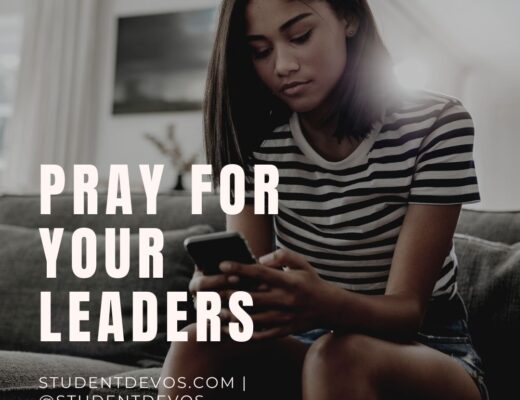 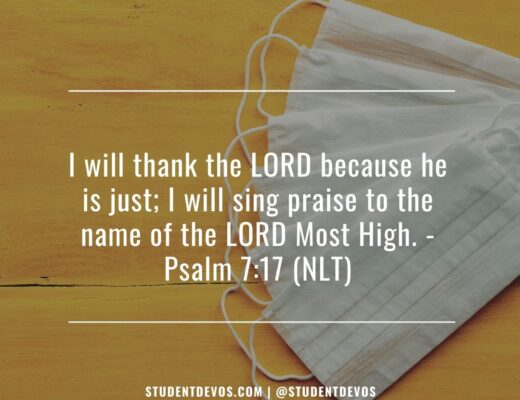