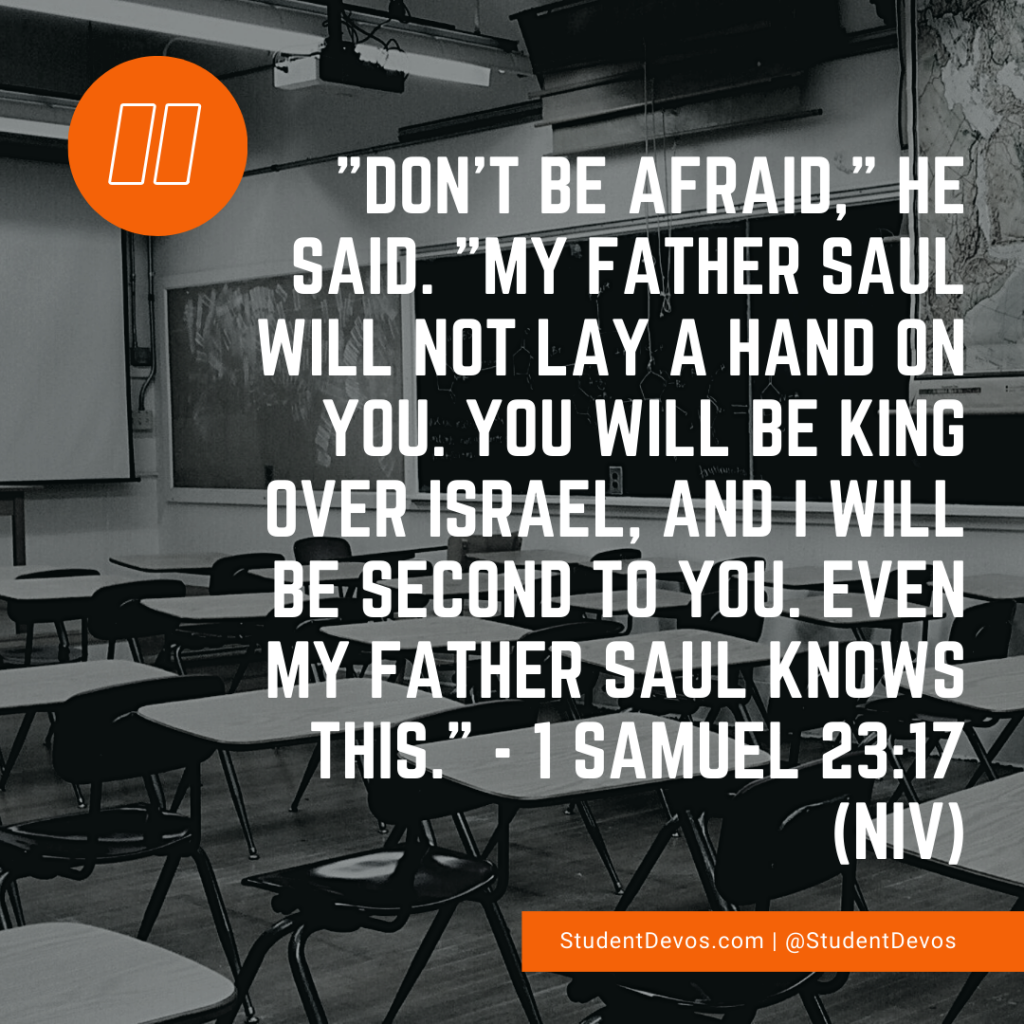 David is still in this crazy situation where the king wants him dead. Fear is coming at him from all sides and David is struggling with what to do.

In the middle of his struggle, his good friend Jonathan encourages him. Jonathan reminds him of what God had said about David’s life. God has promised David that he would be the next king. So even if things look bad at the moment, the truth remains that David is going to be the next king.

Now it was up to David to believe that truth and begin to use that to combat his fear.

Fear stops at the Word

The truth is that when God speaks, it has to come to pass. God had told David he would be king. That means that David had to live. What God speaks has to happen.

The same is true in your life. God has given each of us words from Him. We have promises in the Bible or things that He has spoken to our hearts. Those words have to come true because God can’t lie.

That means that your fear has to stop at God’s word. It doesn’t matter what it looks like or what you see. Fear stops when you begin to believe what God says. God speaks the truth. So if He said it, it has to happen.

Your fear has to stop at God’s word. So find promises in the Bible that speak to your fear. Speak God’s word to combat fear and see God come through in your life!

If you’re a youth group leader looking for resources to share with your youth group this fall, check out our lesson on fear. It’s yours totally FREE in our youth leader resource center.