If you honor your father and mother, “things will go well for you, and you will have a long life on the earth.” – Ephesians 6:3 (NLT)

I used to think that honoring my parents meant I had to agree with everything they did or said. There were times when I would get so mad because I felt that my parents didn’t understand me, and I couldn’t understand their actions. However, one day I was reading this Bible verse and it dawned on me that this verse wasn’t talking about agreement. It didn’t say that I had to agree or even see eye to eye with my parents on every decision. Instead I was supposed to honor them.

Honor isn’t really a term used all that often, but it’s sort of like respect. I realized that I was supposed to respect my parents. I didn’t have to agree with everything they did or said, but I was to still respect them. From that day on, I stopped complaining to my friends about how bad my parents were and stopped talking about them behind their back.

I chose rather, to give them some respect. I might not agree with every decision they made or how they handled things, but I needed to give them room to speak into my life and hear them out. I really feel like my relationship with my parents changed from that point on. Instead of me always being frustrated, I was more at peace. I stopped being angry at my parents and began to respect them. I challenge you to do the same if you’re not already. Decide today to stop bad mouthing your parents and being angry at them. Choose instead to respect them and treat them well.

Need help talking to your parents? Check out this devo with helpful tips for communicating with your parents. 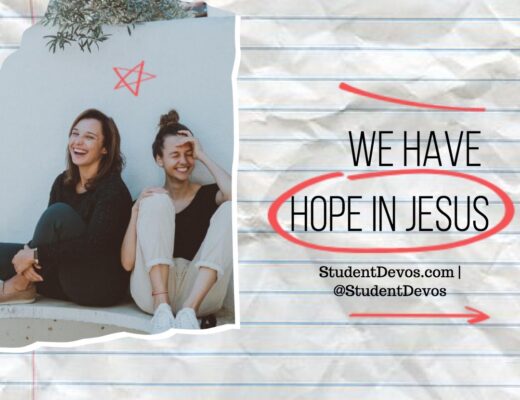