He was fully convinced that God is able to do whatever he promises. – Romans 4:21 (NLT)

I’m horrible at volleyball. Like really bad. I recall one time in P.E. class, I had a volleyball coming at me, and I couldn’t get my hands together to hit it, so instead, I reacted and ended up kicking the ball instead of hitting it with my hands. The ball flew up high in the gym and went across several of the other volleyball courts. I felt really silly for kicking the ball instead of hitting it.

I might be bad at volleyball, but it reminds me of the fact that we as people are often limited. There are things we can’t do. There are things we’re just bad at. However, that’s not how God is. God is able to do whatever He promises. When we’re limited by time, ability and other constraints, God isn’t.

When God promises something, He’s able to do it. So we’ve just got to determine to take God at His word. We’ve got to trust His word more than we trust what we see around us.

We might see all the reasons why we can’t, but if God has called you to do something, then you can. You might see limitation, but God sees possibility. So trust God, let His promises be real to you, and see God do something amazing in your life! 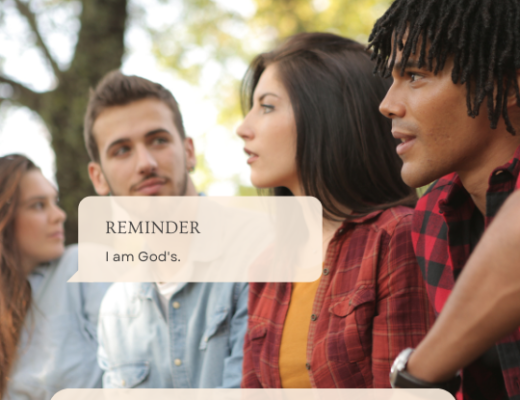