Letting God Have A Say 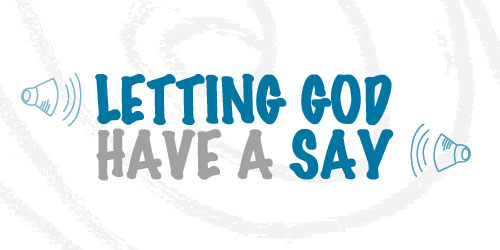 Its really easy sometimes to get wrapped up in all the things going on around us. With all the things in our life screaming for our time and attention, its pretty easy to leave God out of our lives. Most of the time, we don’t intend on leaving God out, it just happens with all we have going on. We simply forget to include God in our decision making.

The men of Israel looked them over and accepted the evidence. But they didn’t ask God about it. – Joshua 9:14 (Message)

Its easy to rely on what seems right, like the people of Israel did in Joshua. They looked at the evidence presented to them and took it at face value without letting God have a say. However, you can avoid bad decisions and much heartache by simply letting God have a say in your life. Let Him influence your decisions. As you do, you’ll find that you’ll make better decisions and live life with fewer regrets.

Reason #1 Why Jesus Is Better Than a Superhero

How to Read the Bible and Not Fall Asleep

How to Read the Bible and Not Fall Asleep – Part 2